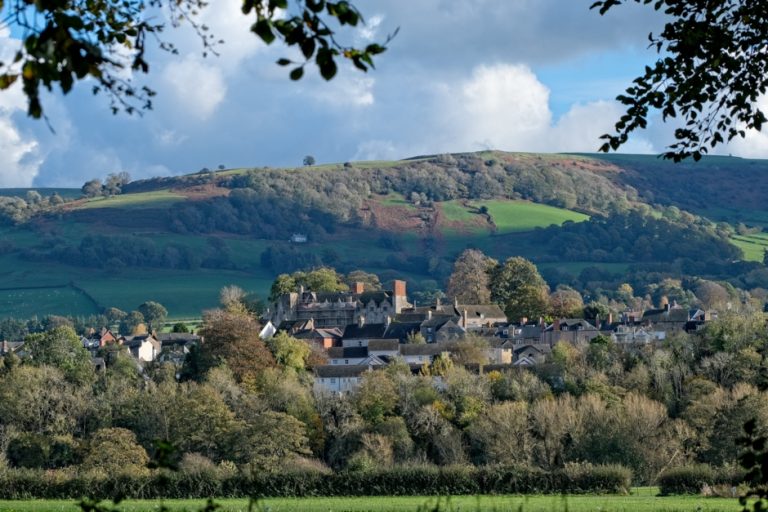 Hay Castle has a long and chequered history. The earliest parts are Norman, built when the French spread westwards into Wales . The main body is Jacobean, and over recent centuries various owners have tinkered with it, adding parapets and suchlike, so like most old buildings it is a complete patchwork. Oh and it has two major fires in its lifetime just for good measure.

It was famously bought by Richard Booth (for £500 according to rumour) in the 1960s. Richard is the man who put Hay on the map and turned it into the world’s first Book Town. Unfortunately one of the big fires was during his ownership, the story being that he fell asleep in front of the fire and a log rolled out… In 2011 the castle was sold to the Hay Castle Trust who undertook the daunting task of restoration and the creation of an arts and education centre – a task that is getting close to fruition.

A week or two ago we were taken on a tour of Hay Castle with friends, and what an eye-opener it was. Since we have been here the Castle has been out of bounds as workmen swarm over and around the scaffolding clad monument. So to see what has been going on inside was inspiring. The interior still frankly looks much like a building site – but one can see the immense imagination, talent and sheer hard work that is coming together to create something that will be really special. Hat’s off to all involved.

And the views from the top of castle are simply amazing! 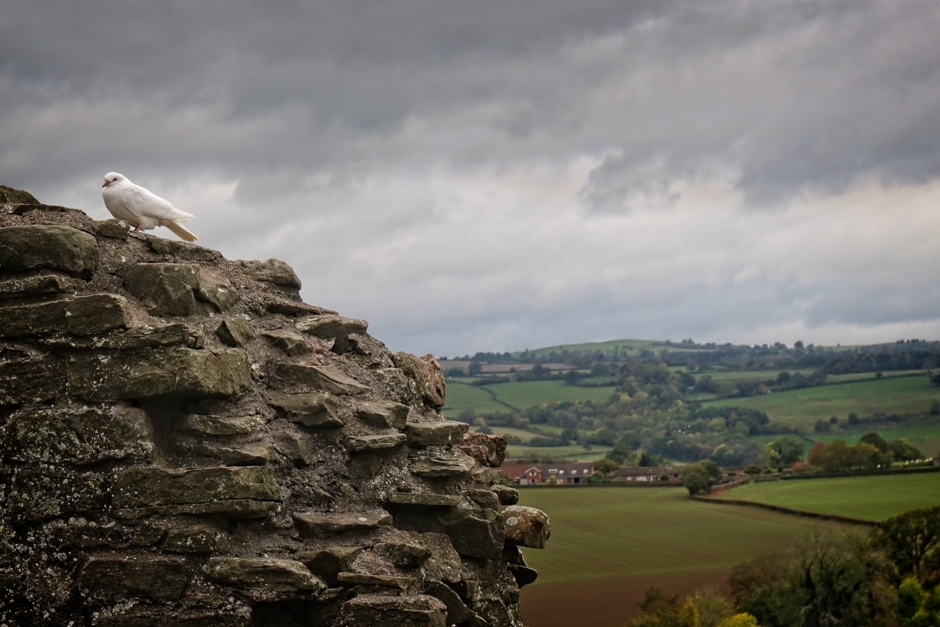 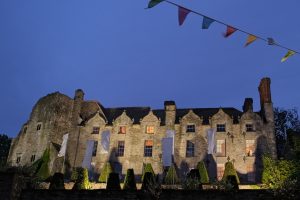 Goodness this year is flying by. Maybe that’s a good thing considering all the nonsense that’s cropping up at home and abroad. I’m not here 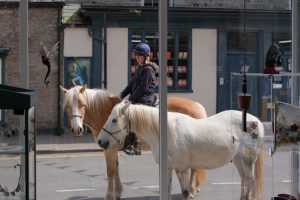 As this page is called “View from the Gallery” I thought I would show the actual view we had a few days ago, when this 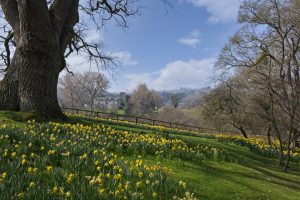 Well it has been snowing, and blowing with a freezing north wind, but spring is on its way. Buds are budding, daffodils are blooming, and I was going to call this “Stormy Weather” and say a bit about all the storms we have been having, and so on. Today however 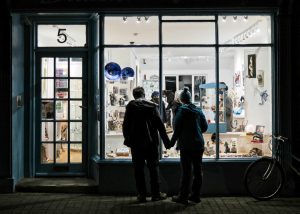 This will be our first Christmas in Hay, both for business and home. And what a strange Christmas run in we all will have thanks 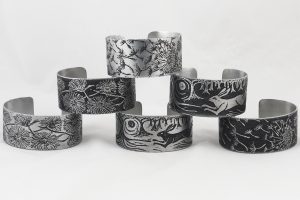 A Visit from Anna Roebuck

One of the unexpected delights of the last few months is how many of our Devizes customers have popped into the gallery to say hello,